One of the reasons I enjoy editing is the opportunity to read manuscripts before they become published books. It also gives me great satisfaction to help other writers/authors to make their works the best they can be.

Four years ago, one of the books I edited was an Amazon best seller, and I am always eager to find the right book to edit and recommend. One recently published by Anamcara Press is The Jayhawker Cleveland by David Haan. It's a wonderful and timely novel about a little known, but important, individual during the civil war. While listed as a Young Adult novel, due to its omission of gratuitous profanity and graphic sexual content (which I found refreshing for a change), it is still a worthy and intriguing read for any age.  That is because of the author's extensive research of his subject and imparting a good deal of little-known history about the Civil War. It was truly a delight to read and to edit. You can learn more about the author and his work at: HOME | David Hann - Writer (hannsksbooks.wixsite.com)

Previously
This is a very unusual time for all of us, and with that comes an increased need for hope and inspiration. This is why I wrote a short story (available on all major eBook retailers) that does exactly that. While the story does not mention COVID19 in particular, it does reflect the fear, anxiety and uncertainty of our situation. And best of all, the positive and uplifting ending is one we can all replicate.

The cost is only $1.99, but if you wish to read it for free, use an app such as Overdrive which allows you to access eBooks from your local library. Search for the title Miracle of the Apocalypse by Vicki L. Julian and recommend it. If enough people recommend the book, the library will acquire it for patrons to read for FREE.

This is also a time to share whatever we can with others, whether that is time, money or talents. For some time, I have been sharing various puzzles on my blog which I created as a fun diversion from the negative experiences many were subject to. The puzzles alternate between word searches, word scrambles and one I named What Am I? It is very much like the old game show Password where one must figure out the answer with minimal clues. In my game, that's only three, but I attest that it's both challenging and fun.

Go to the About page and access my blog to play any of the aforementioned puzzles. (See cover below.)

Read more about Vicki's current ventures by scrolling down to the bottom of this page and check out Vicki's new store for direct purchase of autographed books.

Contact Vicki on Contact Link Above
I'm Just Joan (and I'll Keep on Dancing!)
An intriguing autobiography/memoir of an exceptional black woman who was born in the 1930s and lived through the most turbulent years of our country's civil and racial unrest. Joan Martin's account is surprising as she didn't experience life the way we might have expected. In fact, her life was somewhat extraordinary, serving as a cook for wealthy employers while becoming an award winning and accomplished artist who taught watercolor classes well into her 80s. Joan is a remarkable lady who is not defined by gender, race, or status, and in her own words, she's "just Joan." 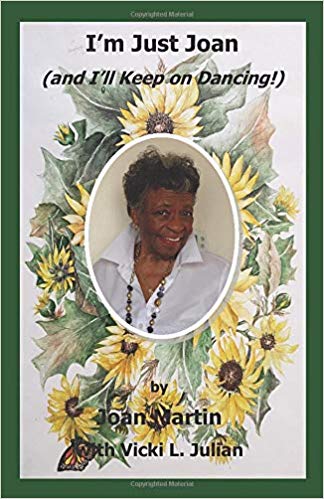 If It Hadn't Happened to Me...
Most of us are skeptical when we hear stories about ESP, premonitions, ethereal encounters, and other such phenomena. We know people can be confused, the mind can play tricks on what we perceive, and unfortunately, some people make up stories just for attention. That is precisely why we don't talk about such experiences that are real—we don't want others to judge us in the same way we might judge. In this book, 40 individuals (all credible people you might encounter every day from myriad backgrounds—religious/nonreligious, professional/skilled/domestic, rich/poor, gender, age, etc.) have contributed 80 stories that they themselves would not have believed if it hadn't happened to them. Some experiences are bizarre, like a toddler who met her deceased grandfather, to others knowing when a loved one passed. There are also stories of serendipity, too great to be coincidental; and strange little nudges that were advantageous for the recipient. Readers may even find experiences similar to their own. But the most profound point of this book is a demonstration of connectivity. We humans are bound to one another and our universe in ways that some of us experience only once and others sometimes more. 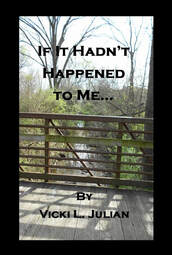 Do You believe that strange things happen to people? Have you ever experienced an occurrence that defiled human explanations? If you have experienced anything like that, then you will easily appreciate the collection of experiences documented in If It Hadn't Happened to Me… by Vicki L. Julian. If you have not, then get ready to be amazed by the stories shared by real people in this book.

If It Hadn't Happened to Me… by Vicki L. Julian is a collection of the author’s and other people’s testimonies of strange experiences and encounters. For some, it was a visit from a dead loved one. For others, it was a premonition that something was going to happen which eventually happened. There were also stories about encounters with ghosts and beings from another realm. Vicki L. Julian collected all these testimonies and put them together into this book.

The title of this book was quite catchy and it left me wondering what it was about. As a matter of fact, this was the reason I elected to read and review this book. As the title suggested, most of the events narrated in this book are almost impossible to believe, except you’ve experienced them yourself or you know someone who has. I held my jaw with my mouth agape when I read some testimonies. For instance, one of the encounters had to do with some people seeing a ghost from a camera replay. As I haven’t seen one before, I couldn’t fathom how horrific it must have been for those people. All through the book, there were experiences that I needed to have experienced to believe they did happen.

What I liked most about this book was the author's idea of stating the names of the people that shared these strange experiences. She even went the extra mile to add contact details (email addresses and websites) of some individuals that shared their testimonies. To a large extent, it gave the stories some sort of genuineness and authenticity. Though there were names written in abbreviated forms, it didn’t take away the fact that the author tried to be as credible as possible. I assumed that those individuals wanted anonymity of some sort.

I also did like the arrangement of this book. The 80 stories shared in this book were divided into seven parts. Each part contained stories that are related to a particular phenomenon. I particularly paid the most attention to the “Feeling out of Body” part where stories of near-death experiences were shared. This was of particular interest to me because I have heard people I know share this experience after going through a traumatic incident, usually an accident.

I did not notice any obvious errors in the book. It was well written and professionally edited. This book gets a 4 out of 4 stars rating from me. I recommend it to anyone who is fascinated by strange occurrences. With 80 stories of strange events, they will have their fill of these occurrences.